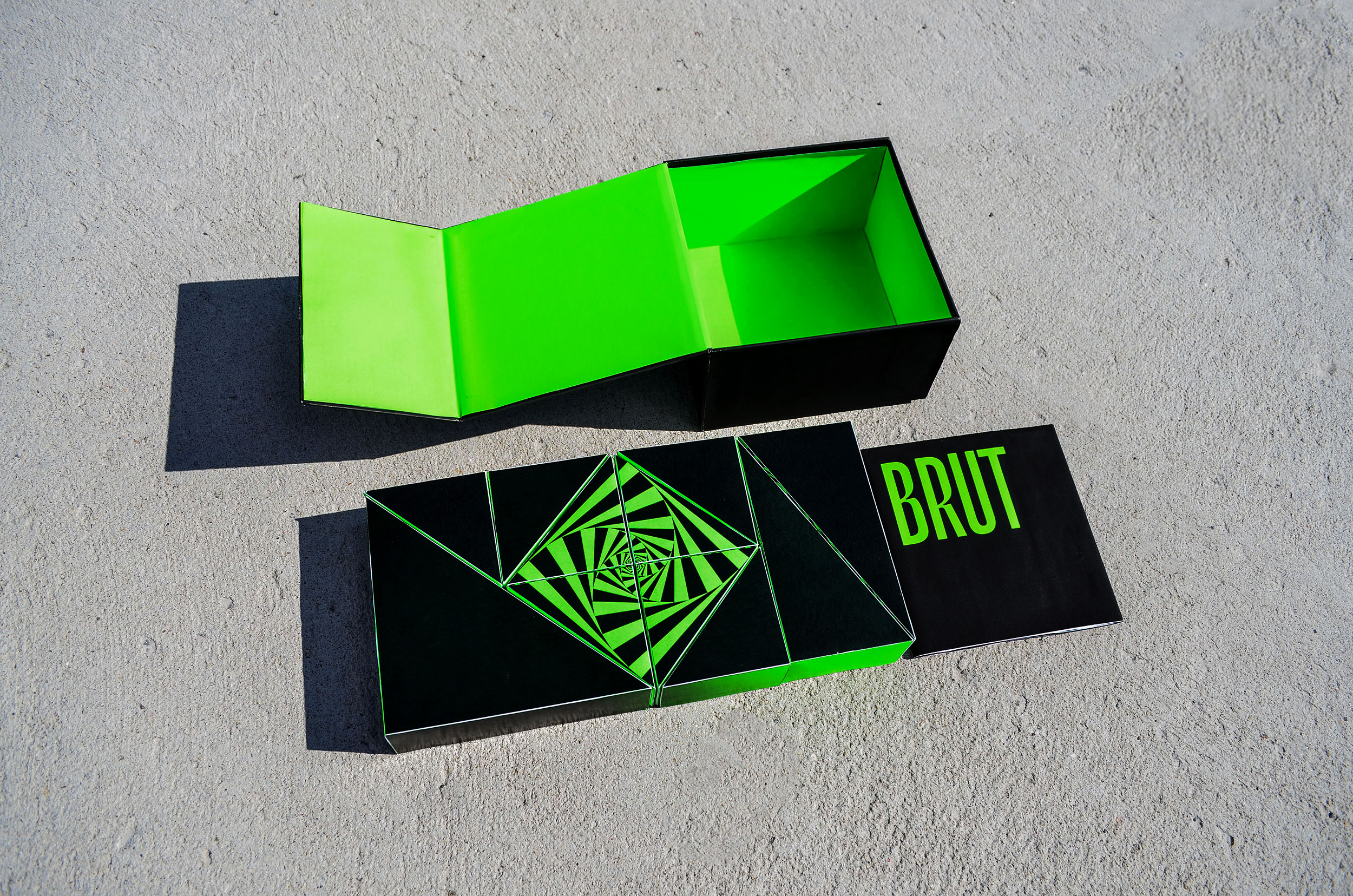 The mandate of this project was to create a game based on the Brutalist design movement. The goal was to create a complete game with multiple game pieces, a booklet that gives brief information of the movement, and an appropriate packaging for it all. 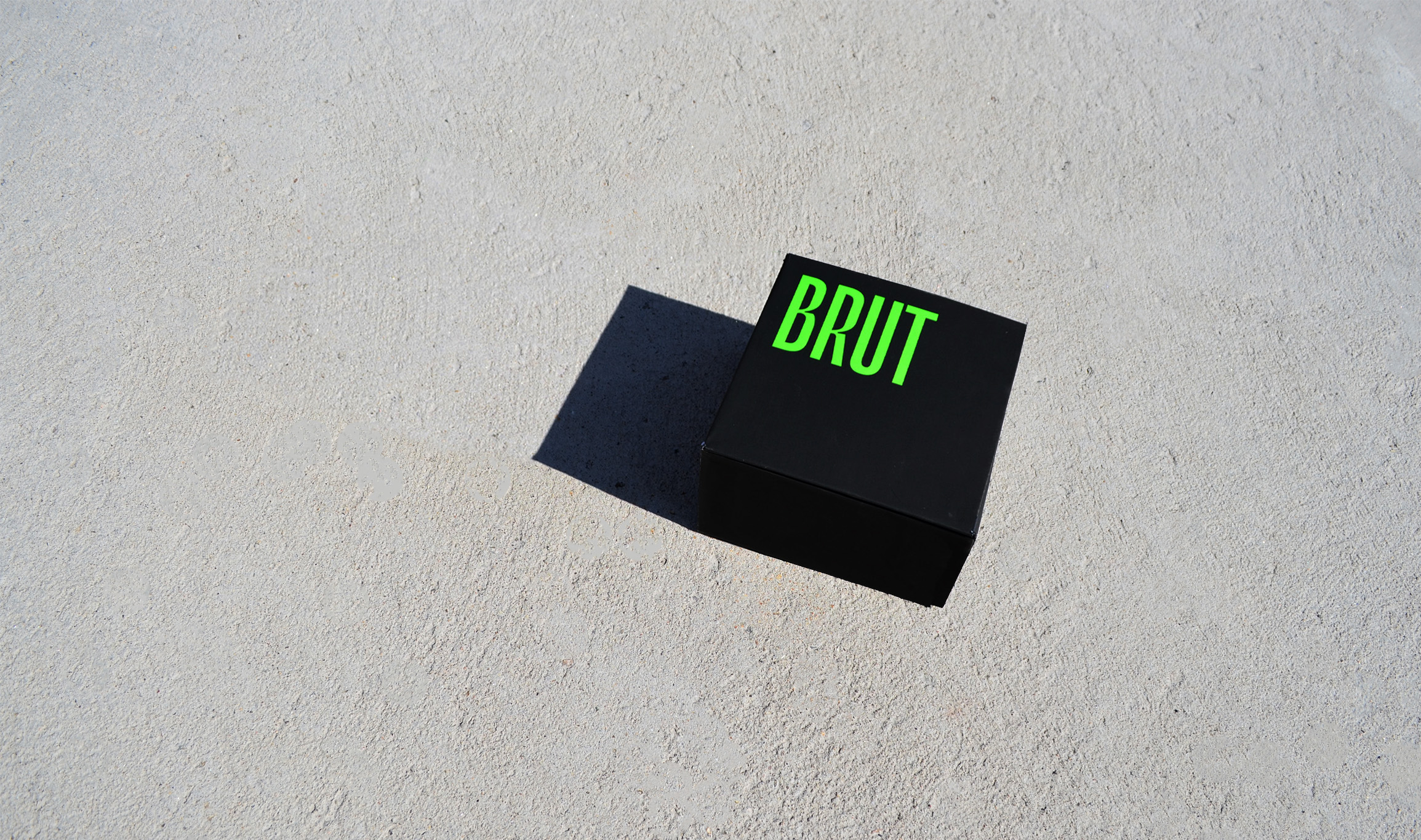 The approach taken for this project was to highlight the visual quality of the Brutalist movement. Because Brutalism was initially an architectural movement that then translated in recent years to graphic design, the goal was to honour both movements in one cohesive game. 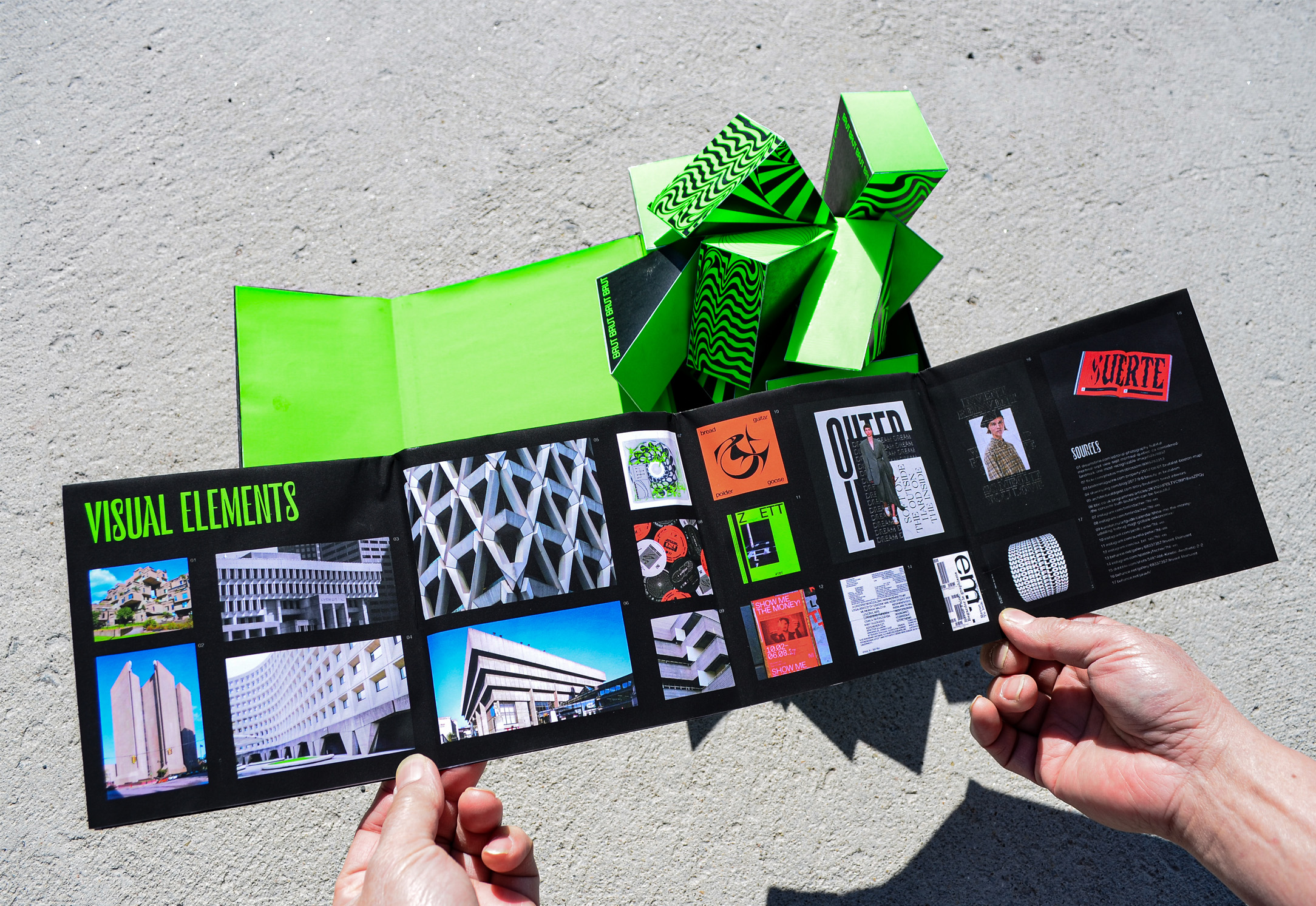 Brut is an intricate paper puzzle composed of nine different game pieces. Because the Brutalist design movement is very graphic and bold, the use of jet black and neon green was the main focus of the game. To translate the strong visuals of Brutalism, patterns were created inside of the game pieces to reveal its graphic quality. The goal of the puzzle is to match both inside and outside patterns. Though the game seems simple, there is more to Brut than meets the eye. 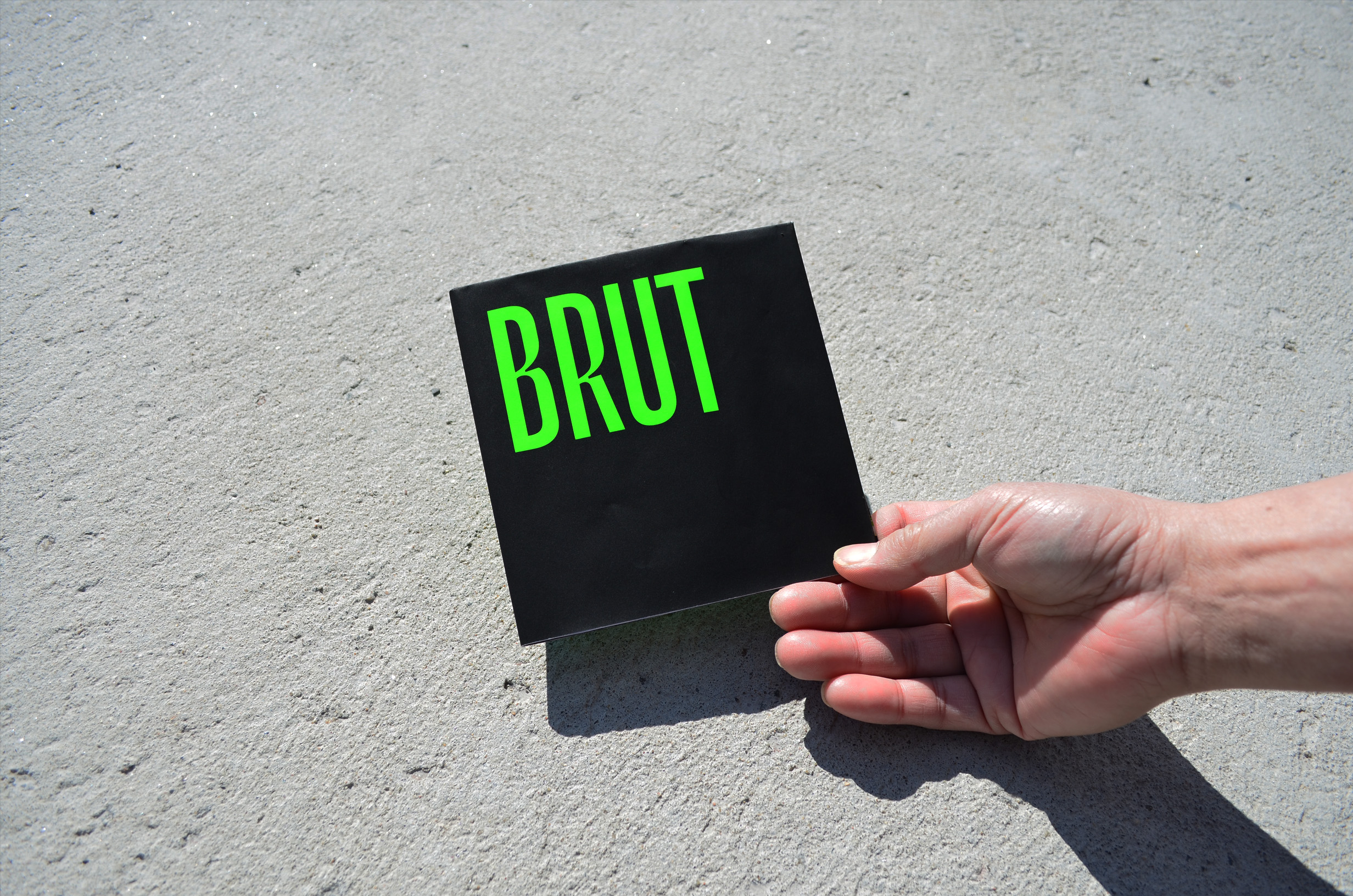